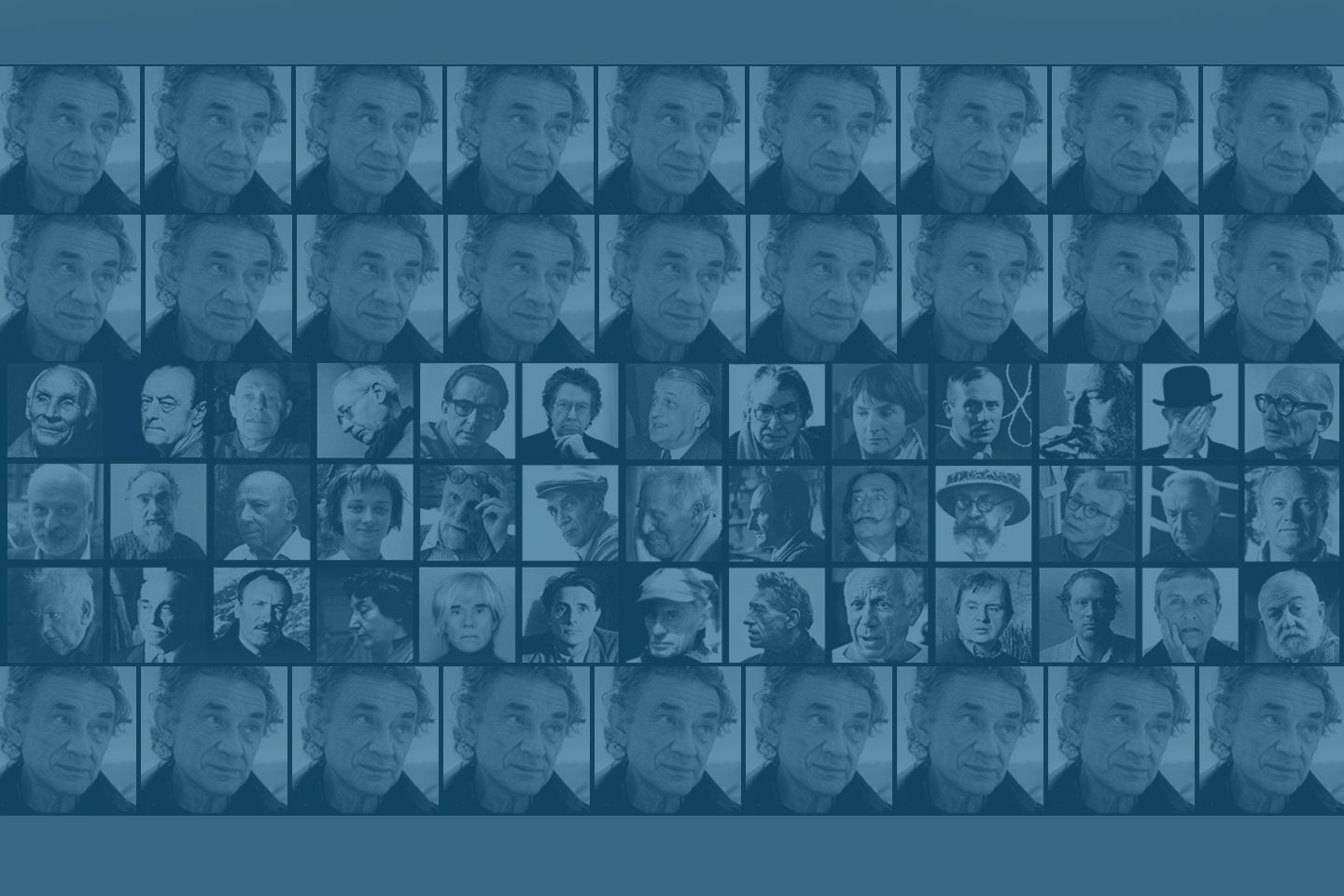 I am constantly reaffirming everything ive done, but at the same time constantly destroying, ending that, and starting a new thing.

His work ranges from conventional oils on canvas to multi-media compositions and collages to sculptures and architecture.
As an originator of Pop art, Peter Phillips trained at the Royal College of Art with his contemporaries David Hockney, 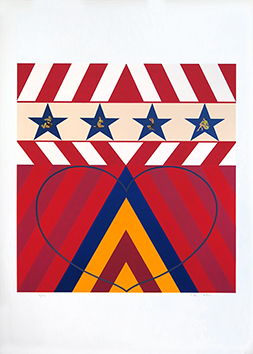 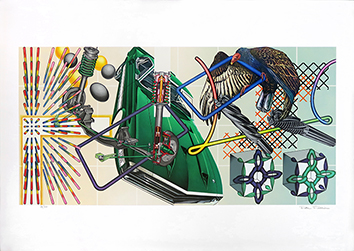 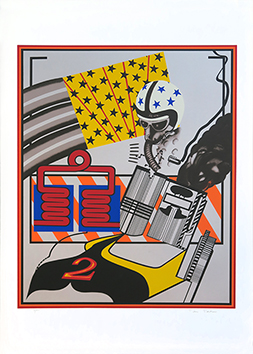 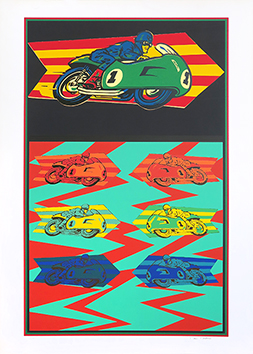 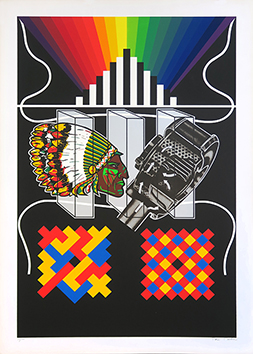 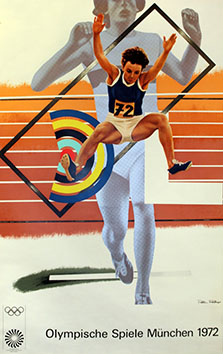