Artists & stock
Dada was born in Zurich in 1916. The movement spread to a few other cities, Berlin, Cologne, Hanover, New York, and Paris, which became its official headquarters. But Dadaism gained followers throughout the world. The movement officially lasted until 1924. The word Dada first appeared in an article written by Hugo Ball in the review Cabaret Voltaire. Ball invoked all cultures, he praised Art Nègre and children’s spontaneity. Poet Tristan Tzara made contacts in different countries so that art works, books, reviews could be passed around and travelled to different countries in spite of the war. Dada was engaged directly in the process of living, it claimed independence in the name of creators, it rebelled against the conflicts that were tearing the world apart, and deeply questioned the very foundations of Western civilization. Dadaists organized public soirées, improvised special events; they published reviews and manifestoes, they experimented with language and poetry. Dada found its expression in artistic theories, as well as in the way of living and thinking. It fought the supporters of fake art through irony, humor, scandal, subversion, and sometimes through direct violence. 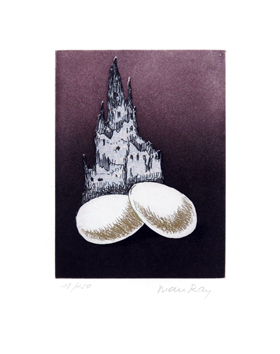