Artists & stock
The name “Fauvism” was coined by journalist Louis Vauxcelles. This French artistic movement was short-lived, it manifested itself for the first time at the Salon d’Automne in 1905 and by 1907 was all but gone. The painters who called themselves Fauvists wanted to react against Impressionism and its visual sensations, while at the same time allowing their art to produce violent responses to the new challenge of photography. They sought to dissociate color and object so as to let color reveal its full expressive intensity. Their references were Paul Gauguin, precisely for his use of color, and Toulouse-Lautrec for the freedom and the abandon with which he drew. They found some of their inspiration in exotic artistic forms from Africa and the Pacific. At the time, art critics and the public-at-large both showed nothing but contempt for the movement. However, such art dealers as Ambroise Vollard ardently supported Fauvism and today this school of painting is considered as the first artistic revolution of the 20th century. Fauvism liberated color and allowed it to live independently on the canvas; it also permitted the artist’s emotions to become an essential element of the pictorial representation. 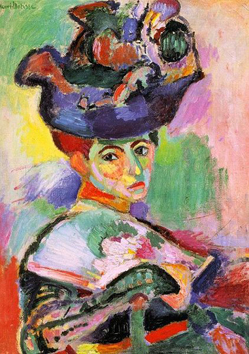