Artists & stock
Compared to Conceptual Art, and before the appearance of this movement, Isidore Isou will propose, in 1946, the Infinite Art; he highlights the secondary role of the materiality of the work to privilege the virtual, imaginary data.
The Lettrists first gave the name « metagraphy », then « hypergraphy » to their synthesis of writing and visual arts. Precedents can be found in Cubist, Dadaist and Futurist works, in the fields of painting and typography, such as « Zang Tumb Tumb », by Filippo Tommaso Marinetti, or in poems such as « Calligrammes », by Guillaume Apollinaire. However, Lettrism is considered by Isidore Isou as a new path in the novel and the plastic arts, after the exhaustion of prose by James Joyce and his « Finnegans Wake », and the exhaustion of pictorial representation by cubism, abstract art, or the ready-made by Marcel Duchamp.
Lettrism wants to be an art constantly renewed by new and unknown contributions, beyond any production that would be reduced to the repetition of a know-how-to-think or a previous knowledge. 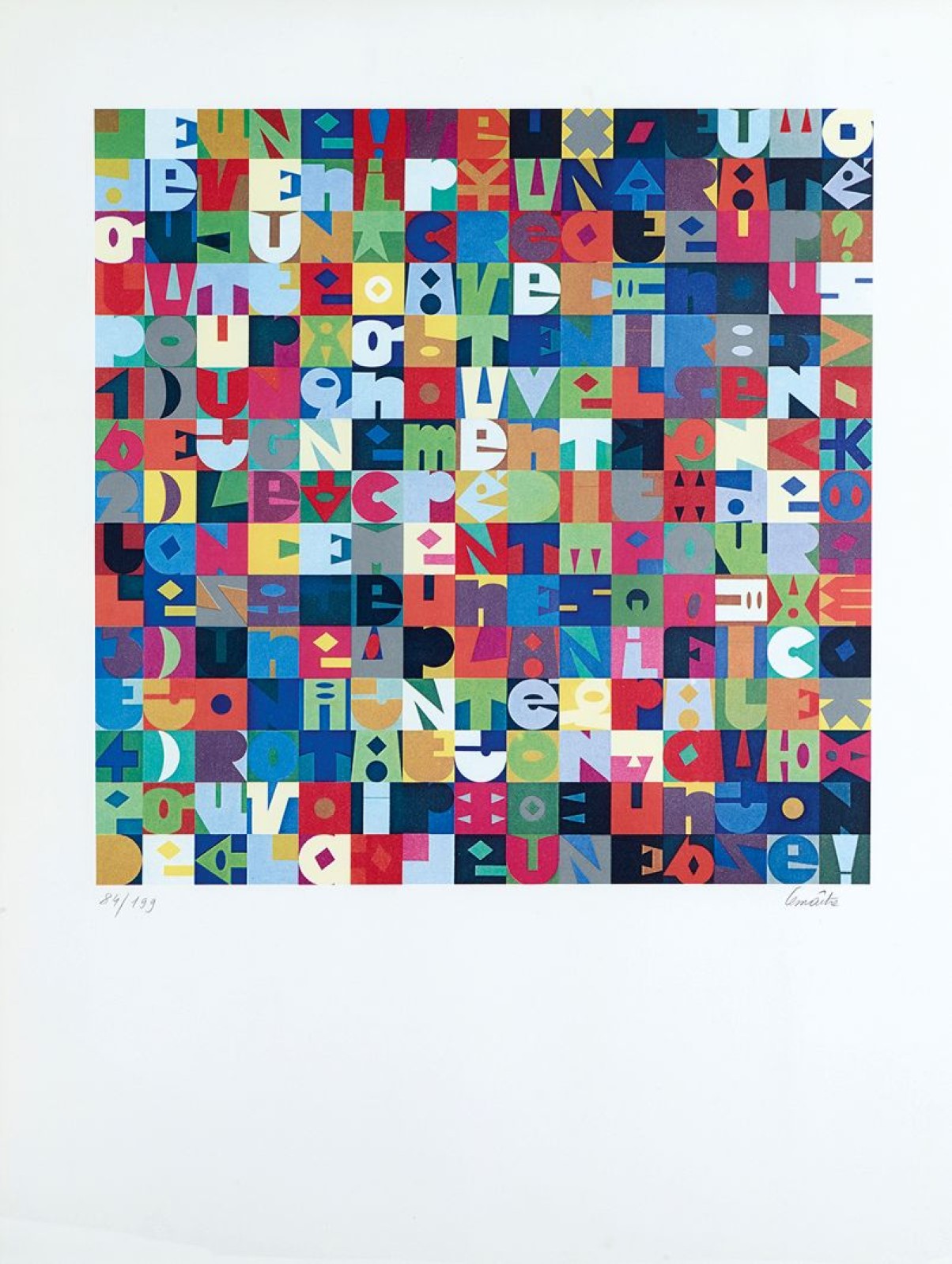