Artists & stock
The « Movement Muralist » is born in 1922 under the guidance of the « Revolutionary Painters, Sculptors and Etchers «  of Mexico right after the 1910 revolution. « Muralist » painters tend to produce a some kind of popular art through dramatic frescoes drawn from revolutionary ideology describing the life, folklore and history of the people. One has to glorify the « movers and shakers of the Nation » so the Revolution remains alive. These artworks also express the Mexican revolutionary aspirations and exalt pre-Columbian past. Simplicity and colors tend to remind Pre-Columbian painting in terms of esthetics. Regarding expressions, they are largely influenced by occidental painting (classicism and manerism). These wall paintings are executed mainly on public buildings (hospitals, schools, universities, official buildings etc). Diego Rivera, David Alfaro Siqueiros y José Clemente Orozco were the uncontested masters of this movement and to a lesser extent Juan O’Gorman and Rufino Tamayo. 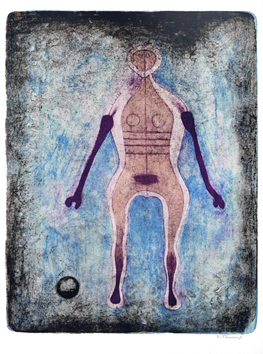