Artists & stock
In 1888, following Paul Gauguin’s encouragement, Paul Sérusier did a painting he called Le Talisman. This work marked the beginning of a new movement called Nabis. With great enthusiasm, a group of young artists had chosen that name, Nabis (which means prophets in Hebrew), to define their artistic stance. They were all seeking to abolish the line separating design from high art. They were trying to rediscover the purity at the very source of art after Impressionism, which they now saw as merely exacerbated sensibility or even as being simply superficial. They often expressed a mystic vision of life and as a result were sometimes assimilated to the Symbolists. Maurice Denis became the theoretician of the movement (Théories 1890-1910). Nabis met in the studio of painter Paul Ranson. La Revue Blanche became the organ, which expressed their ideas and their artistic ideals: to evoke the power of dreaming, the spirituality and intimacy of everyday life. 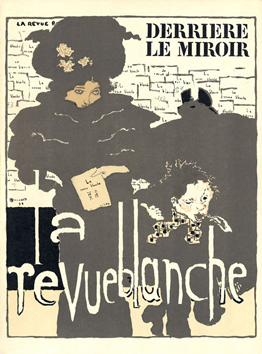