Artists & stock
The first manifesto for New Realism was published by art critique and theoretician Pierre Restany, in Paris and Milan in 1960. All living in the harsh reality of the city, the artists who belong to this movement represent their environment as they see it, both tragic and hedonistic. They choose to depict familiar objects for their esthetic value only. They use industrial techniques and materials, as well as cast off materials and visual languages. Their actions are often meant as no more than mere symbolic statements. As stated by Pierre Restany : ”Modern nature can be found in the urban environment, in the factory, in ads and the mass media, in science and techniques.” New Realism was made up of American and British artists, who differentiated themselves from the French branch, because they were not only realists but because they also expressed all of the themes they found in daily life. 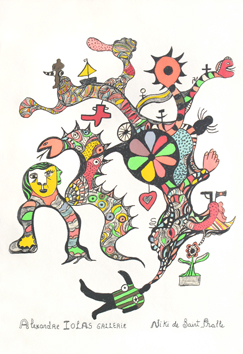