Artists & stock
It was in 1975 that a new current appeared in photography. Its name, “Manipulated Photography”, refers to the photographer’s intervention during the preparation of the image to be photographed, during the taking of the picture itself, during its development or even on the finished product. Between 1975 and approximately1980, the movement called “Narrative Art” presented narrative themes taken from daily life in works that included photography and text as two different languages, in order to give a spatial transcription of the photographer’s mental relation between a place and a specific circumstance. Eventually Narrative Art stems from the artist’s desire to tell about himself, it is a form of autobiographical account, it is the locus of memory born from some abstract psychological dimension. By creating a narrative image, the artist opens a temporal dimension, which allows for innumerable interpretations. Most often in these works, it is also possible to find a sharp criticism of the society at large and the dominant social models, and on the absurdity of certain events supposed to be real and authentic. Pignon-Ernest revisits Naples, Cape Town, Soweto, etc, in his pictures, using both drawing and photography. By posting his giant pictures, like so many billboards, on some buildings or along fences in an urban environment, he creates a brand new atmosphere in these places. 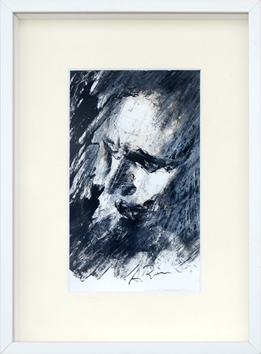