Artists & stock
Pop Art, popular art, gets its inspiration from the popular culture of the years 1955-1970. With its easily recognizable style, it is often seen as a symbol of American art with its imperialistic undertone. In reality, pop art production came from both England and the United States. The name itself was coined in 1955 by British art critique Lawrence Alloway. Artists moved away from works expressing their inner selves and personal moods to produce pieces representing the clichés and stereotypes of the consumer society (portraits of movie stars and famous personalities, household objects, ads, food, etc). Prints became a popular medium. In a manner reminiscent of Dada, artists staged happenings. The essential features of this art movement were: the use on a canvas of various materials, other than paint, often cast off materials, as well as very bright colors. 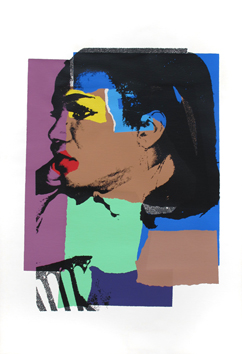